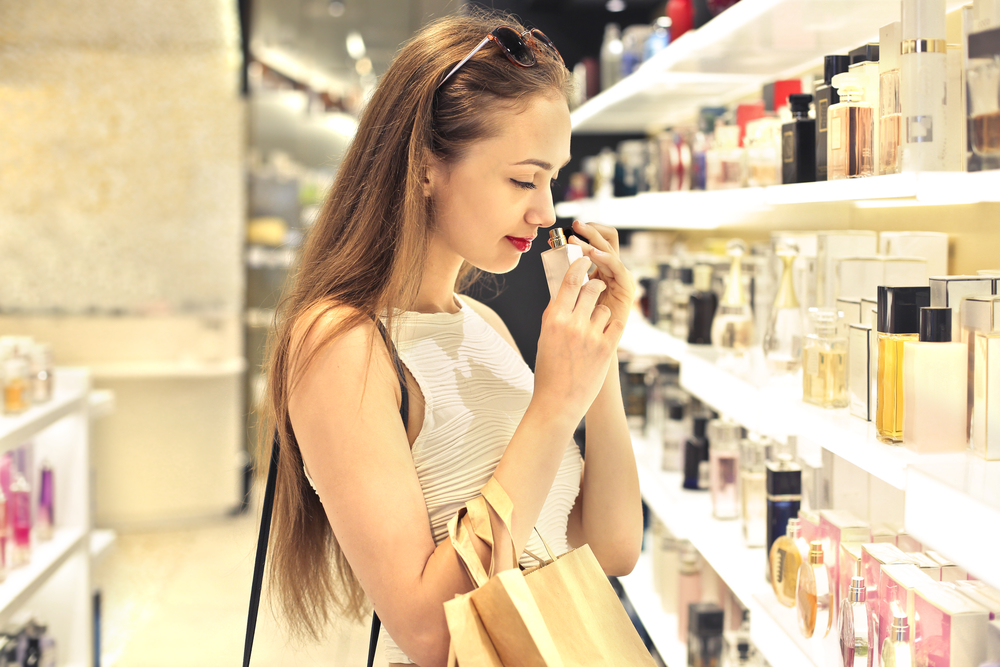 When you buy perfume for yourself or someone else, your nose makes the decision on which one you like best. But did you know there’s real science behind creating the perfect scent? Perfume consists of many different ingredients, but it is diluted in a specific way to help you distinguish the different smells. The steps of creating a new perfume also involve many different players, including the fragrance houses and their affiliates.

Main Ingredients of Perfume
Even if you knew the ingredients list of your favorite perfume, you wouldn’t be able to replicate it exactly. That’s because the smells occur in certain ratios and are diluted to reach your noise in separate waves. But all perfumes use a mix of essential oils, aroma compounds, and solvents. The solvents typically include water and ethanol, which helps increase the intensity and longevity of the different scents.

Why Perfume Is Always Diluted
You may have noticed that perfume is always heavily diluted. Is that because the manufacturers are stingy with their fragrance oils? Not at all. In this case, the dilution has to do with how people perceive smells. If you added all the perfume smells together as perfume oil, you wouldn’t be able to distinguish between them. It’s a little bit like listening to an orchestra playing all the notes in the symphony at once. You can hear them, but you can’t really appreciate them separately.

To ensure that you can distinguish between the different smells, perfume manufacturers dilute the scents with alcohol. This way, when you notice a sweet smell, you can distinguish that you’re smelling mango and jasmine and cherry – instead of just smelling something generally sweet.

How Perfume Smells Are Noticed
Every perfume is made up of three different parts. It has a top note, a heart note, and a base note. These smells are all part of the perfume, but because of the composition, they’re not noticed at the same time. The lightest molecules evaporate first – the top notes. Later, the heart and base notes follow.

The top notes are the scents you notice within the first 15 minutes of applying the perfume. In many cases, these first notes include unusual, spicy, and even unpleasant odors. These are included to get you to be interested in the perfume, but the smells don’t linger long enough to offend your nose.

After 3 to 4 hours of wearing the perfume, you’ll notice the heart notes. This is the smell that you associate with your favorite perfume and remember when you use it again. For example, a floral perfume will have flowery smells in its heart notes.

Finally, the base notes become noticeable after 4 to 5 hours of applying the perfume. The base notes give the lighter scents some strength. The base includes musky, watery, mossy, and woody chemicals, which will linger for a while.

How Perfume Is Made
The process of creating perfume is not an easy one. It involves the seller of perfume, the fragrance house, and its affiliates. If a company wanted to launch a new perfume, they would first detail what they were looking for in a brief. The brief explains what the perfume should smell like and who it would appeal to. This brief gets sent to different fragrances houses that will each make a bid on creating the perfume.

The staff at the fragrance house starts off by making an ingredient list. But even once the perfumer knows what will go into the perfume, the work is far from over. The next step is mixing the smells in the different ratios. And remember, the perfumer also has to control which scents are released first and second by controlling the evaporation rates. There will probably be 10 to 100 of different version of the perfume in the beginning. These are evaluated by specialists at the fragrance house. It can take an experienced perfumer quite some time to create a new perfume that follows the specifications of the buyer.

Valentine’s Day is coming up, and everyone is in a rush to find the perfect gift for the women in their lives. Whether you want to surprise your wife, girlfriend, or mother – perfume is always welcome. This is especially the case when you’re buying designer brands. Fortunately, you can buy brand name perfumes without spending a fortune at Awesome Perfumes.

Valentine’s Day Discount Perfume Deals
Awesome Perfumes offers incredible deals on perfumes all year long, but this is especially useful for Valentine’s Day. The top sellers are always in stock and ready to ship. If you’re not sure what your sweetheart would like, you can also take a look at the gift selections we have available. We carry a large selection of brands to ensure that you find the one you’re looking for. Take your time and browse ou inventory.

Get Free Shipping on Your Order!
For all orders over $59, you can also get free shipping anywhere in the continental United States. All orders are shipped out either on the same day or on the next business day to ensure you get your shipment as quickly as possible. It’s best if you place your order now to allow for mailing time. This ensures that you can surprise your sweetheart in time for Valentine’s Day. Please keep in mind that it usually only takes 5 to 8 business days for packages to arrive.

Why Perfume Is the Perfect Gift
Everyone loves gifts, whether it’s Valentine’s Day or not. But February 14th is a day you should always remember, because forgetting to get a gift that day is really going to backfire. Instead of going to the flower shop on the way home and getting a giant bouquet, you should do something different this year. Your sweetheart might expect a restaurant visit or a fancy box of chocolates, but buying her exotic perfume shows that you really put some effort into your gift – especially when you splurge on designer perfume.

Designer Brands at a Discount
Obviously, you want to get credit for giving a beautiful and thoughtful gift. That means you want to buy a name brand perfume instead of getting a cheap knock-off brand from the store. Unfortunately, designer brands can be very expensive. At Awesome Perfumes, your loving gesture doesn’t have to break the bank. You can find a variety of discount designer perfume brands at reasonable prices. In fact, all of our brands are sold at a significant discounts. And yet we only sell the real deal – no imitations or knockoffs. Visit us online today!